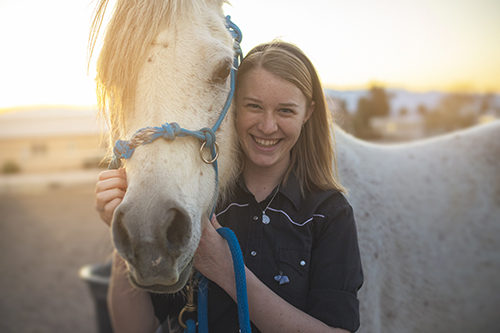 Skyler Jackson was born near the beautiful Wasatch Mountains in Sandy, Utah (Salt Lake City area). She began performing at the age of 2 with her family band, known as Mama's Wranglers. She now performs at the Firelight Barn Dinner Theater. At the young age of 6 years old, many big changes occured in her life: accepted a contract to perform at resorts in southern California and Phoenix, Arizona area, so they moved to Las Vegas, Nevada - yes, Sin City! mom took her to a teacher who taught her how to yodel, and Skyler quickly became known as America's Yodeling Sweetheart!

Traveling and performing in Canada, Europe and 49 of the states, Skyler had a lot of time to read and was very passionate about fantasy books! So, it was no surprise when she began writing fantasy at such a young age. Determined not to be influenced by her family, she kept the book a secret from them, and published "Blood Ties" at the age of 17. Folks have asked for a sequel, but she is finished with it and has begun writing what will be the first in a Trilogy. 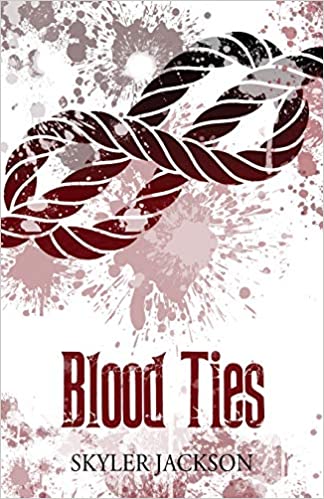 “Blood ties to fate.
Fate is tied to blood.
My blood ties me to my fate.”

Lyvens are creatures that have both a human form and an animal form. Living in a world called Cillium, they ignore the planet connected to them by a Gate. A world called Earth. Arizu, a young half-Lyven, half-human, spends most of her time traveling between both worlds. Though treated as an outcast by both humans and Lyvens, her days are made bearable by the support of her human father and her Lyven cousin. When her father asks Arizu to stop visiting Cillium, she ignores his request and goes to Cillium to spend time with her cousin and best friend, Roxlin. Even as both struggle with their own personal matters, their worlds are turned completely upside down when they're attacked by a monstrous creature called a Corrupted. Suddenly thrust into a situation neither understand, Arizu and Roxlin must figure out what's going on. Before this "Corruption" that is spoken of so sparingly takes hold of the Lyvens' small world.

Order Now on one of these sites!